Three months after streamer Dr Disrespect’s sudden ousting from his erstwhile home on the Twitch streaming platform, the reasons behind the decision remain very much a mystery.

Plenty of conjecture and wild theories have popped up in the interim, but the man himself has stuck firmly to the line that even he still doesn’t know why Twitch opted to end their long-running partnership.

That is, until Dr Disrespect’s Sept. 28 stream over on his new YouTube home, where the streamer offered viewers the biggest, albeit sufficiently cryptic, hint to date, suggesting he may well have an idea why Twitch booted arguably one of their most popular stars. 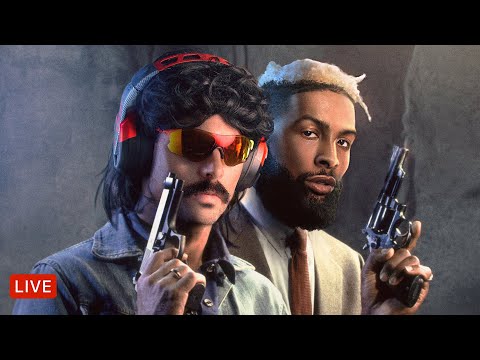 Encouraged by a donation message reading ‘it takes real courage to speak the truth,’ Dr Disrespect spiritedly noted his desire to ‘speak his mind for a long time’, alluding to ‘legality’ preventing him from doing just that and ‘being silenced by a process we have to go through’.

Conscious of not overstepping any boundaries, the Dr Disrespect curtailed the explanation. Another donation from a ’25-year active duty master chief navy’ prompted further elaboration.

“Imagine the navy going in there and getting rid of you, out of nowhere, and bringing in three new cadets, because, you know what, they say ‘man, even though he’s doing to turn master chief, that’s a big huge salary.’ Imagine that.”

As metaphors go, this one leaves little room for but one interpretation: Dr Disrespect sees himself as the ‘master chief’ and Twitch as the ‘navy.’

As for the three’ cadets,’ Tyler’ Ninja’ Blevins and Michael’ shroud’ Grzesiek are prime candidates. Both inked exclusive contracts with Twitch in the aftermath of Mixer’s closure during the summer. The third is murkier and may refer to rapper-turned-full-time-streamer Logic, who penned a lucrative deal with Twitch in July.

The suggestion is that Twitch orchestrated Doc’s ban to save cash and bankroll these deals.

It’s interesting that Microsoft announced Mixer’s end on June 22, four days before Twitch brought down the hammer on Dr Disrespect’s channel. Whether there’s a correlation to be made here is unclear and remains firmly rooted in the realm of conjecture.

Naturally, the situation warrants a degree of caution: Dr Disrespect hasn’t outright confirmed this as the reason behind the ban. Nevertheless, for a story defined by secrecy, it’s the closest we’ve come to getting to the bottom of the ban.

The ‘legality’ and silencing ‘process’ raised by Dr Disrespect suggest there’s still a long wait ahead before we land a full picture of exactly what went down between the star streamer and Twitch.