Some fund managers and strategists believe the S&P 500 would begin to rally again in 2020. Despite the glaring risks, including the election, the presidential debates, and COVID-19, the sentiment has turned positive.

There are three key factors strategists are considering to project a strong stock market recovery. The factors are the low probability of a contested election, a stimulus package’s likelihood, and historical market cycles.

According to WealthWise Financial CEO Loreen Gilbert, a highly contested and controversial election is unlikely.

Even then, the S&P 500 would be able to gauge the winner as the election comes to an end. There would be sufficient data for investors to weigh in to predict the election as time passes accurately.

Based on the stock market’s ongoing trend and other fundamental factors, Loreen said a bull trend would emerge. She said:

“You can’t fight the train that’s already in motion. I don’t think it’s going to be as significant as the pundits are saying. I do think we will have an answer, hopefully, going into December.’”

Loreen emphasized that investors “don’t want to be out of this market,” hinting an optimistic market sentiment.

The S&P 500 declined by 6.85% since the September 2 peak, stagnating throughout the past three weeks.

Speaking on CNBC’s Trading Nation, Loreen said, “we are in a bull market run,” predicting a strong end to 2020.

Washington has been in a stimulus stalemate for months, as both Democrats and Republicans struggle to agree on a figure.

A major catalyst behind the S&P 500 index’s recovery from March to August has been the stimulus.

While the stimulus approval timeline remains uncertain, strategists believe it is risky to be on the sidelines. The stimulus proposal could get approved at any moment in the near future, which could revive the market sentiment.

Some strategists still foresee a big sell-off, especially if a stimulus package does not arrive. Watch the video below: 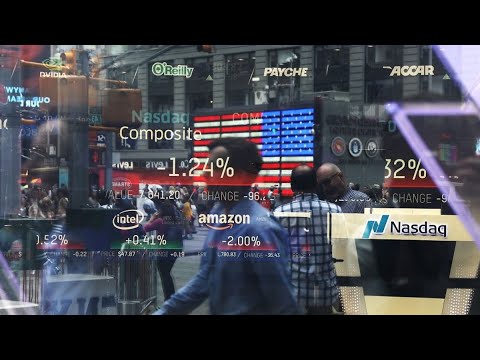 Debates Historically Had Minimal Impat on the S&P 500

Historically, presidential debates had minimal effect on the S&P 500 and stocks, in general.

A deep dive into past stock market cycles show market movements in the range of 0.3% to 2%.

Based on the data, market strategists do not anticipate the S&P 500 to see heightened volatility over the next several weeks.

Given that the stock market has seen intense movements since July, the probability of a gradual uptrend remains high.

“In general, I don’t believe debates have a meaningful impact on stock markets or volatility. I looked back at the 3 debates in 2016 and couldn’t really find much to write about.”

At least in the near term, the confluence of historical S&P 500 market cycles and the cautiously optimistic market sentiment could make a year-end rally likely.

Disclaimer: This article represents the author’s opinion and should not be considered investment or trading advice from CCN.com. Unless otherwise noted, the author has no position in any of the securities mentioned.