If they’re not maliciously taking down ROM sites, they’re shutting down fan projects.

Recently, they’ve taken down an NSFW adult parody game that has been worked on for 8 years.

I’m guessing that Nintendo didn’t want anyone to confuse it with the Mario 35th anniversary games.

Nintendo is Aggressive With DMCA Takedowns

Nintendo has shown a history of being overly aggressive when it comes to filing DMCA takedown notices. Back in 2018, they finally managed to force EmuParadise to take down all ROM files from the site. This was a move that met with widespread criticism from fans online.

That doesn’t even begin to cover all of the times Nintendo has taken down fan projects or sites. Even some of the most popular games, like Pokemon Uranium, haven’t survived the Big N’s cutthroat attitude to fan creations.

The most egregious example of this behavior was that time that they took down over 500 fan games at once from GameJolt, killing hundreds of hours of fan work.

Nintendo Probably Didn’t Need to Take Down the Adult Game

It’s not entirely insane that Nintendo wanted to get rid of this game. Any company may want to avoid their generally family-friendly characters being seen in a very not-family-friendly.

Having said that, Nintendo didn’t really have anything to fear from this game. The game had been online since 2012, and in that time it’s unlikely that anyone genuinely confused it for an actual Mario game.

You can hear more about the game and the situation in the video below. It should be pretty plain to see just how different from a regular Nintendo game this parody actually was. 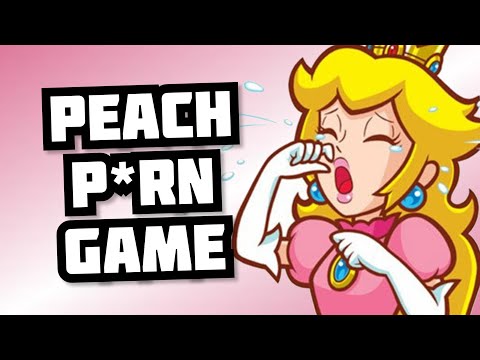 It Probably Won’t Even Change Anything

The strangest part about this entire situation is just how little it’s probably going to change nothing. While the game’s GitHub page is now empty, mirrors of the game are still live all over the internet.

If anything trying to enforce a DMCA strike against the creator is just going to draw more attention to the game, aka the Streisand effect. I for one wouldn’t have heard about it if they hadn’t tried to stop me hearing about it.

In the end, it may have been better for Nintendo to leave the sort of people who make and view adult parodies of Mario characters to do their own thing. You can argue the morality and legality of it all day long, but they’re really not hurting anyone but themselves.