Jeremy Siegel, a professor at Wharton, believes there is significant “repressed liquidity” in the markets. In 2021, that could trigger an S&P 500 boom, especially if supplemented with a fading pandemic.

In the short term, Siegel and many strategists remain cautious regarding the market outlook. Over the medium term, however, the sentiment is becoming increasingly optimistic.

First Since World War 2: Why Strategists Predict a Big Boost in Activity in 2021

According to Siegel, the current stock market environment is unprecedented. He said the markets had not seen this level of repressed liquidity since World War 2.

But for the S&P 500 to undergo a strong rally in 2021, one catalyst must compliment the recovery. For Siegel, that is the clarity around vaccine production and lower COVID-19 cases.

Wharton’s Siegel discusses current market conditions and the trajectory of the U.S. stock market. Watch the video below: 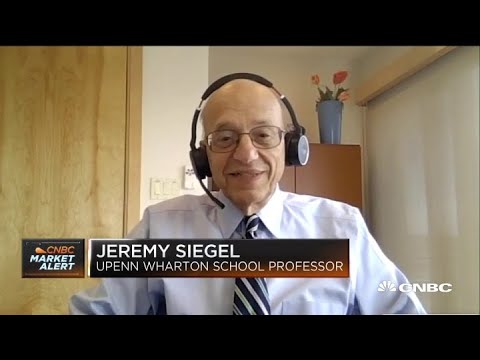 The U.S. stock market is in a favorable position to experience a prolonged rally. The Federal Reserve has reaffirmed that low-interest rates would remain for the years to come. Atop the Fed’s reassurance, the global liquidity has been surging, buoying the U.S. and European markets.

The one factor that is causing the S&P 500 to lag is the pandemic. Once the U.S. recovers from the virus, Siegel said a significant boost in activity would likely follow.

Emphasizing that he remains cautious in the short term, Siegel said on CNBC’s “Squawk on the Street:”

“I’m a monetary theorist. This is what I teach and study. This is unprecedented in 75 years, since World War II. I think there’s a lot of repressed liquidity in the market that once the vaccine and the pandemic fears fade in 2021, we’re going to see a big boost in activity.”

The Wharton professor also noted that the stock market would see an uptrend in 2021 regardless of the election outcome.

In the U.S., the pandemic has caused the unemployment rate to spike and business productivity to plunge.

The confluence of the two led the S&P 500 and the Dow Jones to plummet in late March. The two major indices have recovered since, but have been stagnating in recent weeks.

Large sectors, like manufacturing and tourism, are still struggling to reopen at full capacity. The resumption of businesses in these sectors could allow for a more robust equities market.

The S&P 500 and the Nasdaq Composite performed especially strongly from the April to August stock market rally.

If the overall stock market sentiment turns optimistic in the coming year, it would primarily benefit the S&P 500. The professor noted:

“I think the chances are this bull market can continue in the next year, just on those factors. I think the market … is looking forward to a really good 2021 no matter who is president.”

Still, most stock market bull scenarios and predictions revolve around the presumption that vaccines would soon be ready. For now, the uncertainty around vaccines remains high.