How many of us remember when Prince Harry and Meghan Markle first signed their Netflix deal?

It was less than a month ago, so the momentous occasion should still be somewhat fresh in the memory.

You know, back when the Sussexes were being spoken about in the same breath as the first African-American president in United States history?

Yeah, despite it being less than a month, it hasn’t aged all that well, has it?

At the time of the deal being announced, Prince Harry and Meghan Markle released a statement which read:

Through our work with diverse communities and their environments, to shining a light on people and causes around the world, our focus will be on creating content that informs but also gives hope. As new parents, making inspirational family programming is also important to us, as is powerful storytelling through a truthful and relatable lens.

I have to admit, although I’ve always been skeptical of both Meghan and Harry as individuals, I was intrigued to see exactly what kind of content they would be producing for Netflix.

I may not be their biggest fans, but if they planned to use their fame to stay behind the camera and allow the spotlight to shine brighter on those who need it most, then I would be first in line to provide them with credit where it’s due.

However, I was skeptical that a cynical media giant such as Netflix would be paying out the money it reportedly is to the couple only to get some “inspirational family programming” in return.

Sadly, it seems I was right to be skeptical.

In less than a month, we’ve gone from Meghan Markle insisting that she didn’t want to be in front of the camera and that she wanted to use her position to highlight those less fortunate than her and her spoiled husband, to it now being revealed that a reality television show is in the works.

Featuring? Well, who else? Meghan Markle and her sidekick hubby, simply Harry.

That’s right. It took less than a month for us to finally get the real story behind the Netflix deal.

It all makes more sense now. And as much as I hate to say that I told you so, I did, in fact, tell you this would be the case.

Should Harry and Meghan be stripped of their royal titles?@Piersmorgan says the couple’s only value for companies like Netflix is their royal connection and the HRH title.

He says they want to ‘trade off the royal titles to make vast amounts of money’. pic.twitter.com/ZGLNy38XYG

Remember when the Netflix CEO dropped the information that Prince Harry and Meghan Markle had been “shopping it around” all the major companies?

Yeah, it kind of makes sense now as to why the likes of Disney and Apple maybe weren’t as quick to open the vault for the Hollywood Royals.

A reality show, which sounds like it could be a cross between Total Bellas and The Osbournes, isn’t really Apple or Disney’s style. 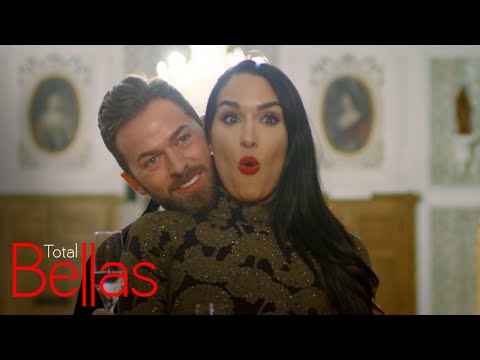 Editor of Majesty Magazine, Ingrid Seward sums it up perfectly when she says:

It is extraordinary. This is exactly what they said they wouldn’t do.

While another source brings a dose of reality to the whole situation by claiming:

They may have had all these lofty ideas about producing epics highlighting environmental causes and the poverty gap, but Netflix obviously wants their pound of flesh.

The truth is, and it gives me no pleasure to say this, that Netflix, just like the rest of us, doesn’t care about Meghan Markle or Prince Harry’s uninformed, word-salad nonsense on social matters.

Neither of them is anywhere near being qualified enough to comment on these topics, and no one is going to pay them to do so.

This reality show is more befitting a couple like them and the fanbase they have. This is their level.

Like the Osbournes, the Hogans, the WWF Bella Twins, and numerous other vacuous types, they belong in front of a camera for the masses to gawk at.

Prince Harry is now nothing more than a British oddity with a funny accent being paraded for the type of dimwits who watch such nonsense. At the same time, Meghan Markle now gets to squeeze the last few drops of juice from an acting career that is fading faster than the couple’s once-promising reputation.