Big Tech took a huge hit in September amid a prolonged S&P 500 sell-off. After the shakeout, strategists say tech stocks would likely become the market favorites once again.

If tech regains momentum in the fourth quarter, tech-heavy indices, including the Nasdaq and the S&P 500, would benefit.

The overall sentiment around the U.S. stock market remains sluggish as the stimulus stalemate drags on.

Analysts believe Washington would not come to a consensus until the end of the November presidential election.

The absence of a stimulus imposes significant selling pressure on the S&P 500 because it hinders two significant catalysts.

Second, direct stimulus checks have caused the S&P 500 and other stock market indices to rally throughout 2020. No stimulus means no direct checks to individuals in the near future.

But according to Don Townswick, when the stock market begins to recover, tech stocks would likely become favorable once again.

He described the S&P 500 slump as a “typical September,” suggesting that he expected a slow month for equities.

Townswick said profits from tech stocks are likely cycling into the rest of the stock market. Once the trend comes to an end, possibly in October, the tune around tech stocks could change.

The largest potential catalyst for the S&P 500 in the near term remains the tech stock earnings. If tech posts high earnings and positive outlooks, Townswick said tech stocks could recover. He explained:

“We’re really seeing now a typical September, but under the hood, we’re seeing what is potentially a rotation from the large tech stocks to a broader pool of stocks.”

The strategist noted that earnings “tends to turn things around,” pinpointing the importance of Q3 performance.

As the stock market enters the fourth quarter, it faces three key risks in the upcoming months.

The potential near-term risks are the election volatility, the worsening U.S.-China relations, and slower employment.

The slowing business and work productivity remain a roadblock to economic recovery, analysts say. Watch the video below: 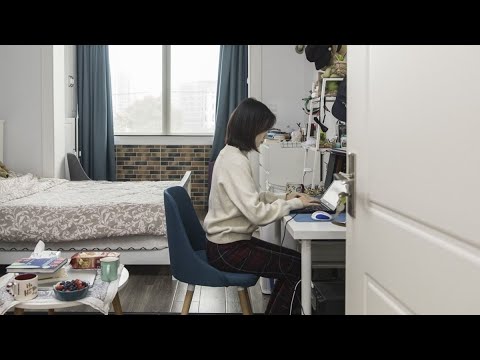 Economists anticipate the September employment report to demonstrate a slower job growth rate than last month. When it coincides with the dollar’s weakness, pessimistic economic figures present a severe threat to the S&P 500 momentum.

In September, economists expect a substantially lower forecast of 920,000 nonfarm payrolls, according to Refinitiv, cited by CNBC.

Atop the slowing job growth in the U.S., analysts fear countermeasures from China following the sanction of SMIC.

On September 28, the U.S. reportedly imposed heavy restrictions on China’s largest chipmaker SMIC. The move “hits right at the core of China’s ability to be autonomous in technology,” David Roche, president of Independent Strategy, said.

Disclaimer: The opinions expressed in this article do not necessarily reflect the views of CCN.com and should not be considered investment or trading advice from CCN.com. Unless otherwise noted, the author has no position in any of the securities mentioned.